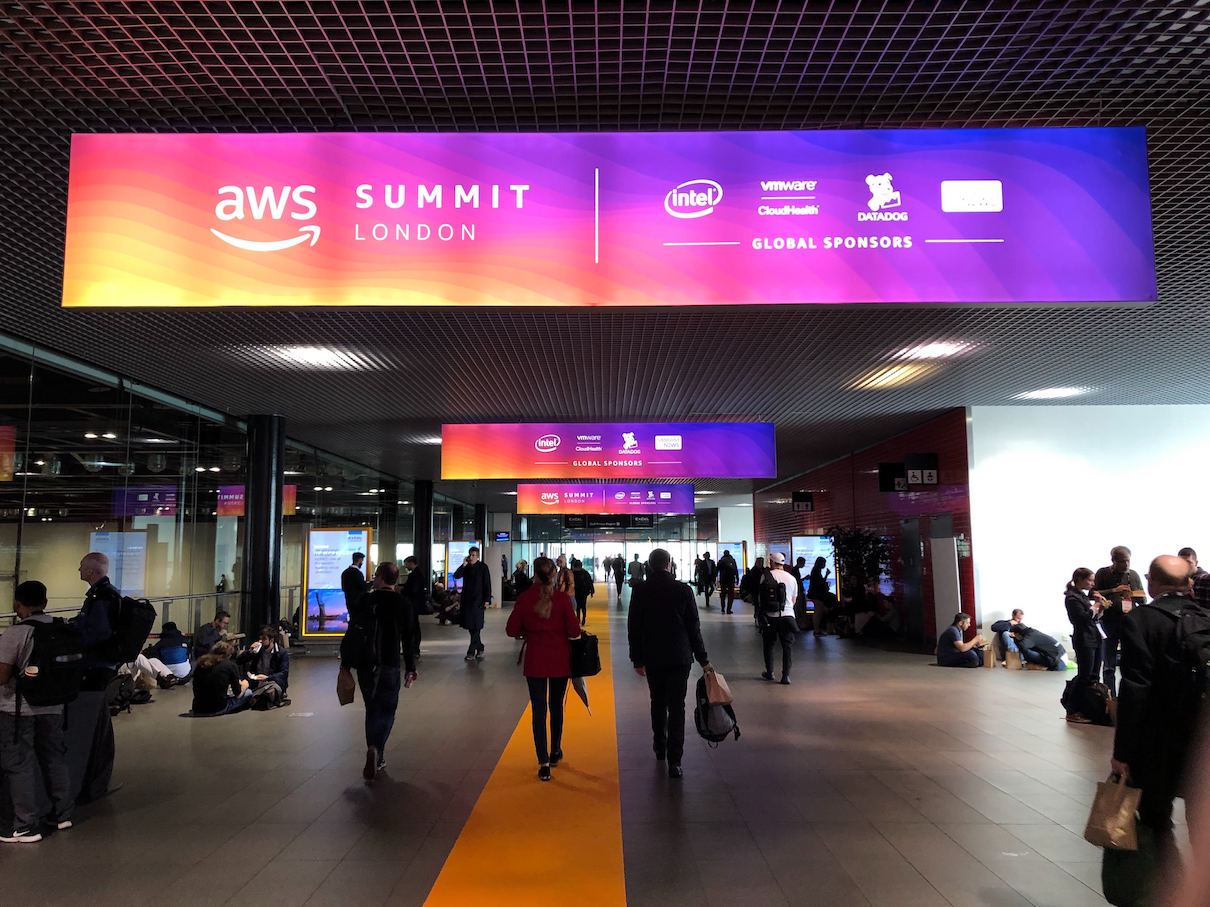 It was a typical Wednesday morning in East London for the beginning of May. The sky was throwing rain down onto the city like it had a personal vendetta against it, and there had been one vague issue or another with the trains, resulting in delays every which way you turned.

It was a great day for an AWS Summit.

And not just any Summit, it was announced at the keynote (as thousands of people were still stranded on the DLR trying to get there), that with in excess off 12,000 attendees this was the largest Summit AWS have ever held globally. As the day went on, the truth of that was evident, with talks standing room only and people eager to hear the latest advice and announcements crowded round doorways craning their necks to see the speakers. It was obvious to anyone there that the UK Cloud Community is engaged and thriving, with a real atmosphere of enjoyment and shared learning.

For anyone that wasn’t able to attend, there were a number of highlights and themes throughout the day that I’ll share here. 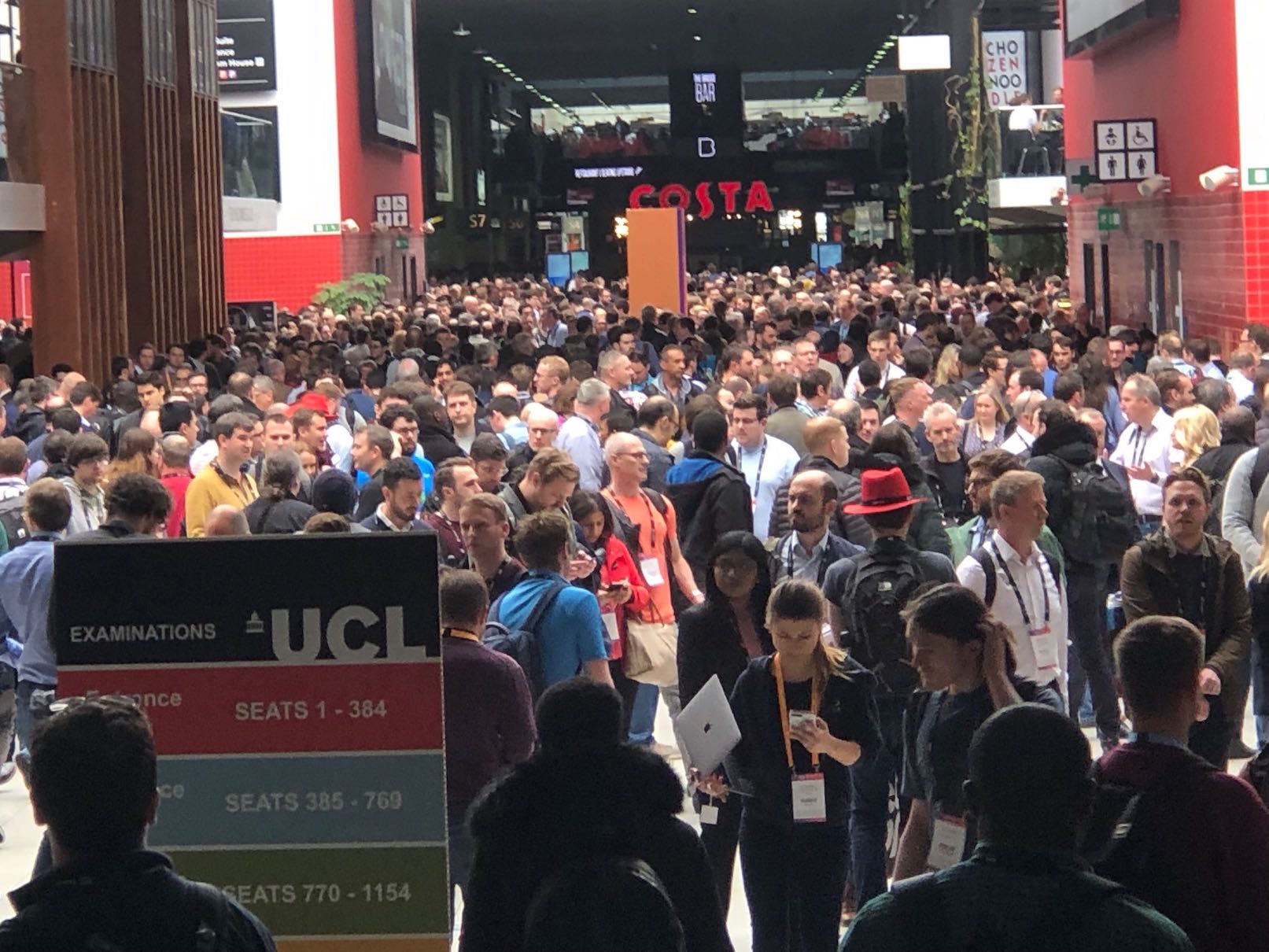 You know it’s going to be a tiring, but worthwhile day!

As ever at AWS events, they’re keen to let their customers do the talking, and the London Summit was no exception. Sainsbury’s CIO Phil Jordan, and Clodagh Moriarty, Group Digital Officer, gave a great talk on their digital transformation story. The message of leveraging AWS as a trusted partner in their journey was loud and clear, and their journey from a disconnected and rather shambolic infrastructure towards being the first customer to migrate Oracle applications into the cloud, and then to moving away from the monolith that they had and embracing Cloud Native technologies over approximately 80 AWS services was great to hear. If a 150 year old organisation can embrace Cloud and DevOps in this way, there really isn’t an excuse for anyone else!

A few stats from their talk after moving to AWS: 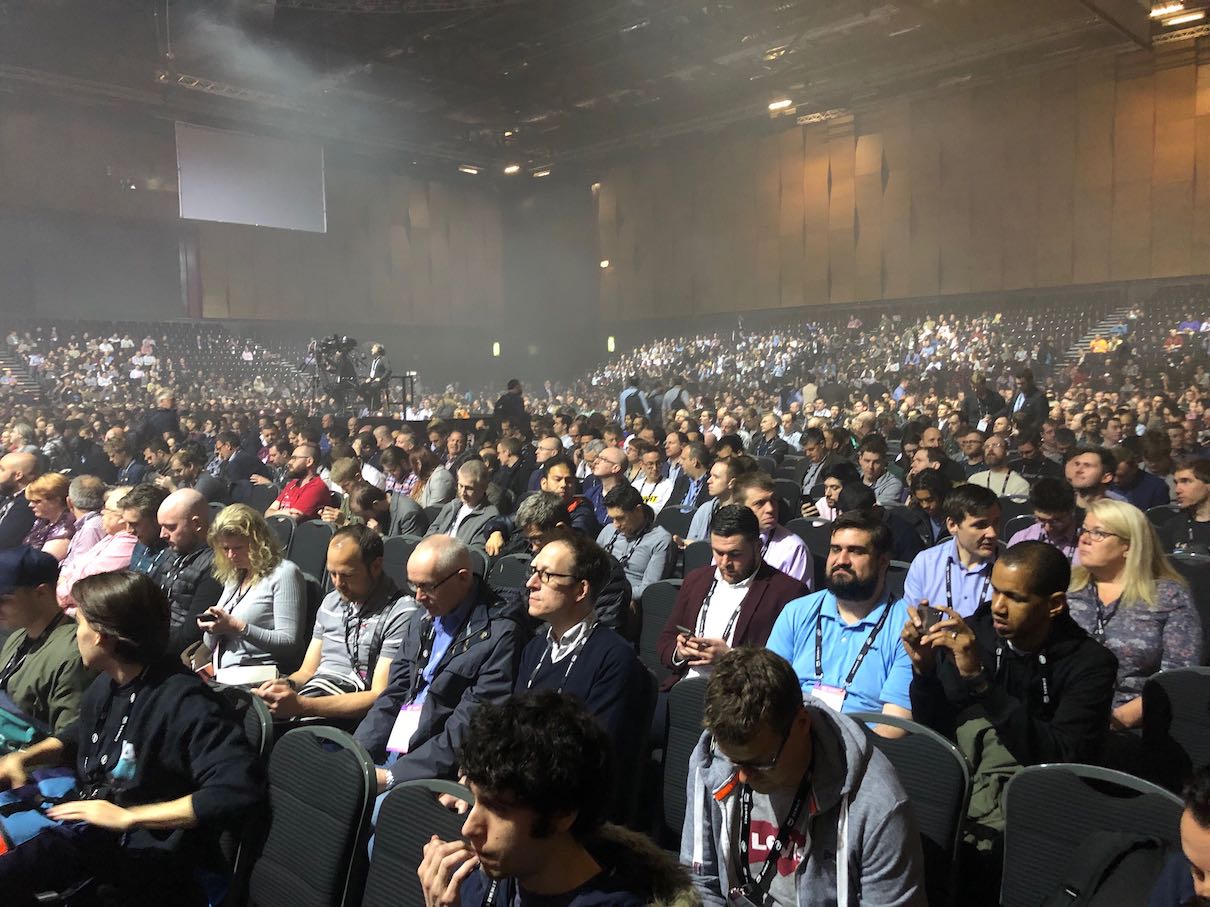 The Keynote starting to fill up

The underlying theme running through all of the talks was that the future is very much serverless, underpinned by security - which AWS see as “Job Zero” for everything that they do. It’s great seeing security pushed front and centre by Amazon, cementing the point that it should never be an afterthought or a bolt on to a product.

The ’Threat Detection and Remediation in the Cloud’ talk was particularly relevant here, with a great overview of Security Hub and the way that different AWS services can be utilised to not just detect issues but to automate the remediation of any findings.

As a basic example, a GuardDuty finding can kick off an event driven process by posting the finding to CloudWatch, which in turn can invoke one or many Lambda functions. These functions can take multiple actions, ranging through alerting you via Slack or PagerDuty, through to reverting altered configurations using AWS Config, or isolating a potentially compromised EC2 instance and taking a snapshot of the EBS volumes ready for forensic analysis.

Some really great examples of event driven security and a great showcase for how serverless, if you take the time and thought to configure it correctly, can mean the difference between teams being woken up at 03:00 in the morning or wandering into work at their normal time to review what’s happened safe in the knowledge that any threat has been contained.

In my mind the best announcement of the day at the Keynote was a UK based initiative to encourage more girls to consider digital careers. Get IT is specifically designed to help inspire year eight girls to develop digital skills and introduce them to tech careers.

The programme includes mentoring and learning, along with visits to the Amazon offices and the opportunity to meet with members of the female leadership team at Amazon to help understand the variety of career paths available to them in tech.

Through a series of bootcamps and brainstorming sessions, teams from each participating school end up designing an application. After introducing the finalists from the pilot in the afternoon, the winners were announced. I forget the name of the school unfortunately, but the app was designed to help students who are hard of hearing and with other disabilities by translating text to speech.

It’s a really impressive initiative, and hopefully will help develop the next generation of digital builders. Amazon have now committed to building, maintaining, and supporting the application that the girls designed, meaning that they will get to see the benefit that digital technologies can bring to people’s lives. 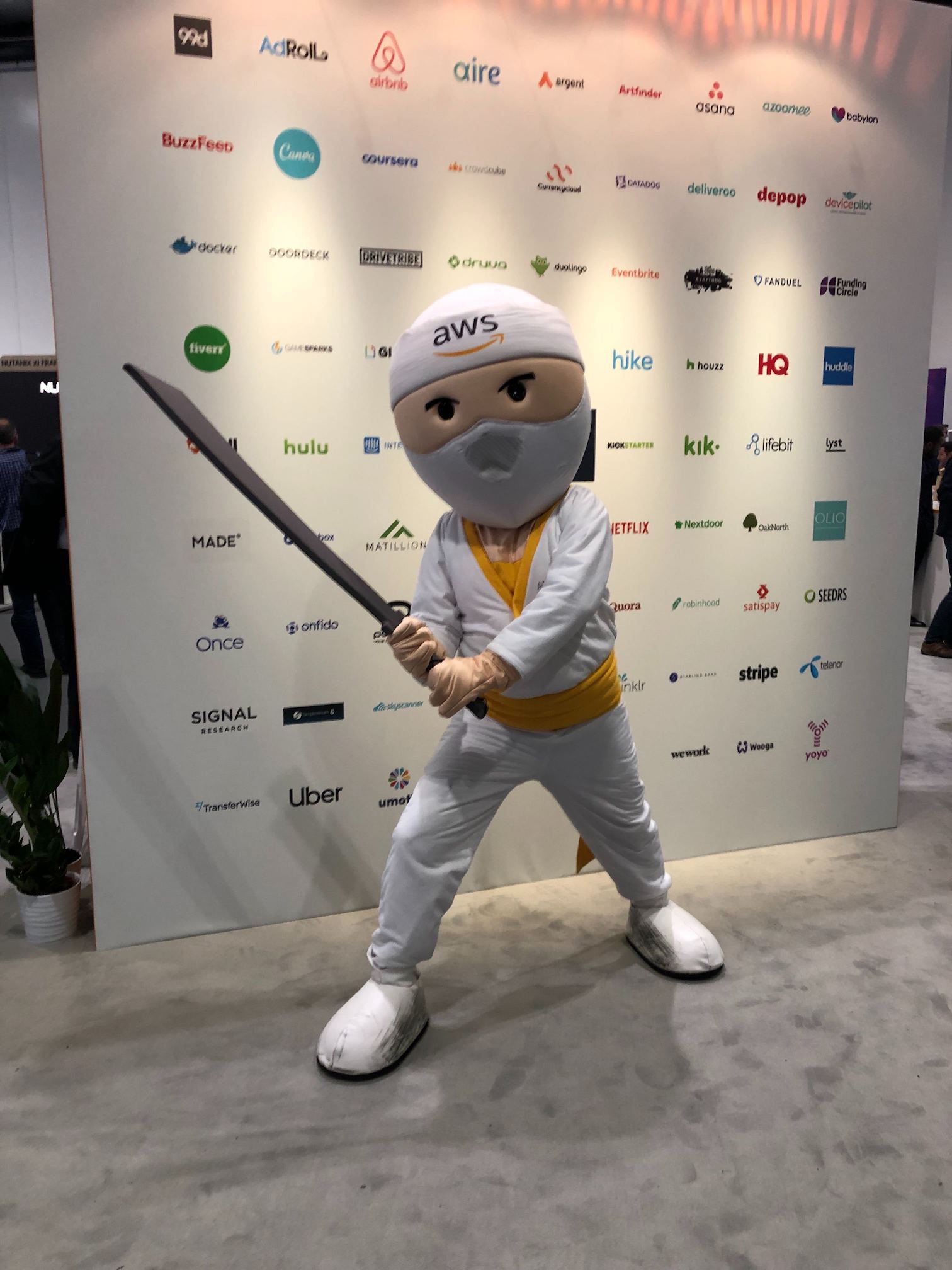 The only letdown for the day was that in order to get any decent WiFi or mobile connectivity you either had to be very lucky or go outside. Plus, the tea was shit, but when you’re catering for that many people it’s going to be difficult to make a decent brew in an urn.

Having said all that, the presence of a Cloud Ninja is more than enough to make up for anything!